Large-scale Hold Baggage Scanner to Screen the Contrabands at Airport

X-rays is the electromagnetic waves that can penetrate opaque objects such as wood, cardboard, leather, and metal, etc. The x ray scanning machine can display images with different colors on the screen according to the degree of absorption of X-rays by the objects. In simple terms, orange represents organic matter, such as food, wooden, plastics, currency, explosion, etc.; books, ceramics and other mixture are shown in green; metals, guns, and other inorganic objects are shown in blue, and high-density materials that can not be penetrated by X-rays are shown in black. At this time, the security inspector can quickly check the perspective image, and can judge whether there is a contraband accordingly.

According to the national standard GB15208.1-2005, the single inspection dose of the X-ray hold baggage scanner should not exceed 5μSv/h (current radiant energy, absorbed dose unit), and at any position 5 cm away from the outer surface of the device, including entrance and exit, the X-ray dose should be less than 5μSv/h. This standard is the same as the US FDA standard. In fact, the X-ray security detectors used in subways and airports have much lower radiation doses than those specified by national standards. 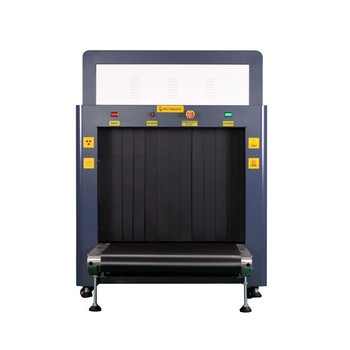 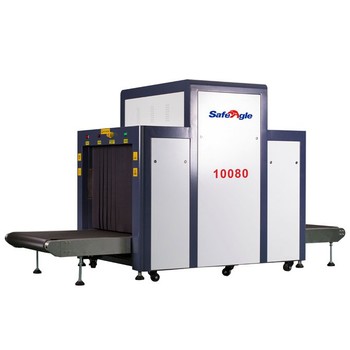 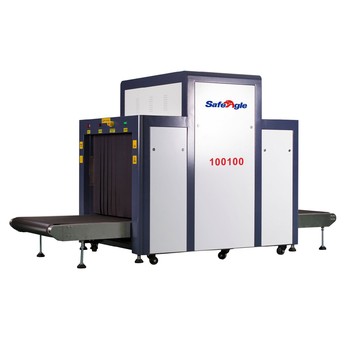 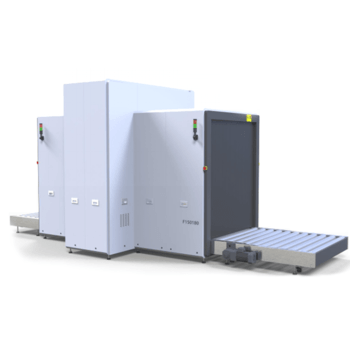 With the development of economic globalization, the rate of international transportation of goods and traveling have increased. Thousand of hold baggages and cargos are flowing through airport security, border crossings and warehouse every single day. In transportation industry, to prevent the accident caused by the dangerous goods in transit, and some criminals send any contraband prohibited by the state through express and other channels, it is necessary to install hold baggage to detect packages. In terms of people's travel, why do you need such a strict security check by airport or high-speed rail? This is for our flight safety, avoiding hijackings or terrorist attacks, or effecting the normal safe flights if carrying dangerous belongings. Each security inspection process of the airport hold baggage scanner and the walk through metal detector is to check the items that may cause harm to the flight safety.