How can the security check machine know that the passenger has liquid in his bag?

When you take a plane, motor car and other means of transportation, put a bottle of water or drink in your bag. Will you be asked to take a sip when passing the security check machine to determine whether it is a normal drinking liquid. So, how did the little security machine find liquid in your bag?

When an object is inspected, a very thin fan-shaped X-ray beam will sweep the object layer by layer, which is equivalent to slicing the object. The image acquisition system collects and stores the image information of each layer of scanning line. When the conveyor belt transports the object through the detection area, the whole image information of the object will be obtained, The image generated by forming its complete X-ray image can be displayed on the monitor or stored on the digital storage unit for later use. When the X-ray security inspection machine works, the security inspection personnel need to judge the type of inspected articles by observing the color and contour of the articles presented in the X-ray image. Generally speaking, orange represents organic matter, such as liquid, spray and so on. Blue represents metal, and the tool will display blue on the screen. Black belongs to heavy metals (such as lead) and other items that can completely absorb X-rays.

But for most dangerous liquids, X-rays can easily penetrate, but gasoline and water are not easy to distinguish. In this case, the most reliable method is sampling analysis, which requires passengers to open the bottle and take out some liquid for chemical or physical test.

If the bottle is not easy to open, such as unopened wine and medicine, it sends various electromagnetic waves, which propagate from the other side of the bottle or reflect from the bottle wall. Because the influence of the liquid has changed, different liquids can be distinguished.

The electromagnetic waves that can undertake this task include ultrasonic, laser, microwave, infrared and so on. In different liquids, there are certain differences in propagation velocity, attenuation degree, scattering angle, transmittance and other parameters. The comparison of flammable, explosive and dangerous liquids can determine whether the liquid is dangerous. 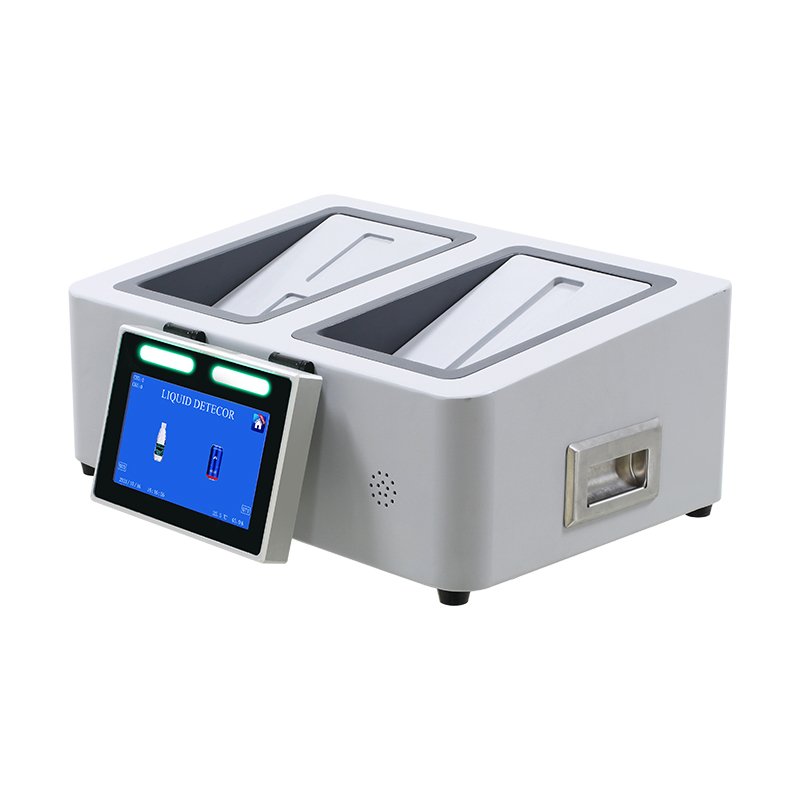 The green light indicates that the liquid is not flammable. A red signal indicates the presence of potentially dangerous liquids (explosive or flammable liquids).

How can the security check machine know that the passenger has liquid in his bag? - Safeagle