The SE-ED1905 Handheld Explosive Trace Detector use fluorescent polymer sensing technology, particularly designed & based on the change in photometric intensity of fluorescence emitted by fluorescent polymers. The Explosive Trace Detector can detect many kinds of explosive, (military explosive, commercial explosive, oxides explosive and plus ammonium nitrate explosive). Operator can sampling the target by wiping(particular) and closing the bottle mouth(liquid,vapor). Then the Handheld Explosive Trace Detector can do detecting. On operating performance, it also now proved one of the safest and the most sensitive explosive detector in the market. ----- with rugged metal casing, starts from cold within two mins, and backup by a eight-hours battery. Its detection speed is less than 6 seconds, detectability up to 0.1 pictogram TNT, and more than 30 explosives can be detected. This Explosive Detector now has becoming a preferred explosive detection device for armed police, public security and other government departments.

Technology & Applications & Feature: the Portable Explosive Detector using fluorescence polymer sensing technology, different explosive material could be identified. When detected explosives, the screen will give alarm, and the fluorescence polymer technology is very safe and environment good and no harm to human. Can inspect over 30 kinds of explosives. The Explosive trace detector can use at all places that require Anti-terrorism task force, or use at Aviation security, or for Public security, or Boarder defense, or Railway stations etc. places. Below are some of the Handheld Explosive Detector technical features.

* Short start up time: Inhalation (less than 10s), wipe (less than 2 mins, and less than 2mins from cold

* Light Weighted: less than 1.65KG (including the battery parts) 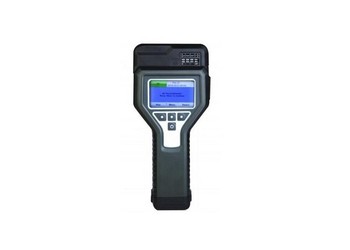 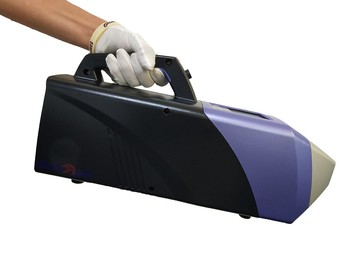