Security check can be without reason, because life is only once

Security check can be without reason, because life is only once

On the evening of October 31, the Western Halloween night, a young Japanese man dressed as a "clown" walked into the Tokyo subway with gasoline, lighter and controlled knife.

After getting on the bus, the man stabbed a man in the carriage with a knife about 30 cm long. Then he poured oily liquid on the passengers and in the carriage and set the car on fire. Because the fire was too big, the fire burned for 30 minutes before it was extinguished. After the train stopped in an emergency halfway, the passengers couldn't wait for the door to open and fled through the window. After the attack, the man sat calmly on the subway seat, lit a cigarette with a lighter, smoked with his left hand, and with a knife in his right hand. He was very arrogant and was finally captured.

The murder and arson by the train with a knife was of a very bad nature, causing a total of 17 people to be injured. Among them, a man in his 70s was stabbed in his right chest and was in critical condition. The other 16 passengers aged 10 to 60 were sent to the hospital because of smoke inhalation.

Many people feel cold on their backs for the madness of the murderer, but what makes people feel even more outrageous is that gasoline, lighters and knives, which are extremely dangerous goods, were so easily taken to the subway by the murderer.

So the question is, why can the Japanese subway carry such dangerous goods? Who is responsible for the occurrence of this serious public security incident?

Of course, these dangerous goods are also prohibited from taking on the subway in Japan.

However, this "Prohibition" only stays at the level of oral admonition. Whether these things will eventually be taken to the subway depends on the people's consciousness, because there is no security check on the subway in Japan.

In these countries and regions where there is no security check on the subway, the subway terrorist attacks and killings that have occurred are still frightening.

On the morning of March 19, 2010, two female suicide bombers detonated themselves during the busiest commute peak of Moscow subway, killing at least 41 people and wounding more than 74.

On April 3, 2017, two more explosions occurred in the St. Petersburg subway in Russia, killing 11 people and injuring many others. These two subway terrorist attacks left a deep psychological shadow on Russians.

There is also the Spanish subway explosion, which can be called a special accident, killing 191 people and injuring more than 1800 people.

And South Korea's Daegu subway arson, killing nearly 200 people and injuring about 147. There are countless accidents of all kinds, large and small, in other countries and regions.

If the subways in these countries are equipped with security checks, can such tragedies be avoided or reduced?

Friends who often take the subway know that there are generally three inspection methods for subway security inspection in China:

1. X-ray security equipment is mainly used to check passengers' luggage, backpacks and articles, that is, the device with conveyor belt.

2. The detection inspection door, which is used for the physical examination of passengers entering and leaving the station, mainly to check whether passengers carry prohibited articles.

3. magnetic detector, also known as portable detector, is mainly used for close inspection of passengers, which is a device for security inspectors to sweep around passengers' bodies. 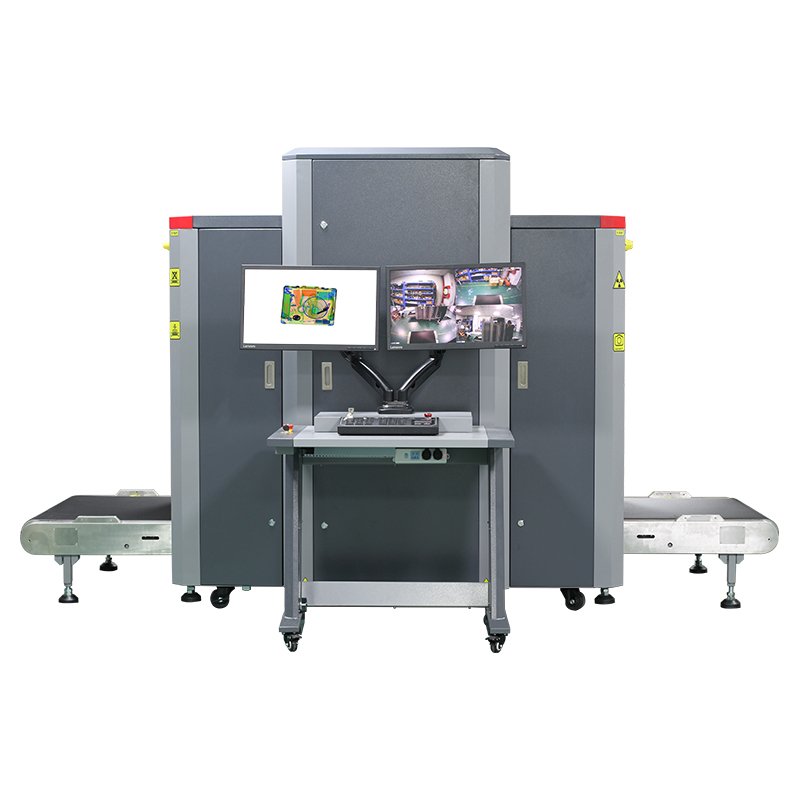 In the subway security inspection procedure, it will check whether passengers and luggage carry controlled knives, guns, ammunition, flammable, explosive, corrosive, toxic and radioactive and other dangerous goods, so as to ensure the safety of the subway and passengers.

Between 2017 and 2018 alone, 289553 prohibited articles were seized, including 884 military and police appliances, 83565 knives, 179653 daily necessities with potential flammable and explosive hazards, and 25451 other prohibited articles.

In addition, the dangerous goods seized on the subway also include small gas cans, spray guns, glass glue, daggers, batons and even a mortar bomb. The battle is like a weapon war.

Imagine what would happen if there were no security check and the staff did not find guns and ammunition?

Many dangers do not exist without causing accidents, but are strangled in the bud, you don't know.

Security check can be without reason, because life is only once - Safeagle